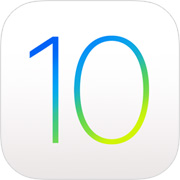 Today, Apple has released iOS 10.2 including new features like the TV app for United States only. The app provides a “new and unified experience for accessing your TV shows and movies across multiple video apps.” Also, Apple claims the “emoji have been beautifully redesigned to reveal even more detail and over 100 new emoji have been added including new faces, food, animals, sports, and professions.”

Before any iOS update, you should make a backup of your iOS device.

To obtain the download, connect to Wi-Fi then tap on Settings > General > Software Update. The update weighs in at over 300 MB.

Get recommendations for new movies and TV shows in Watch Now

Discover new apps and the latest iTunes releases in the Store

Access the Library for your iTunes purchases and rentals

Fixes an issue where Memories might generate a memory from photos of screenshots, whiteboards or receipts

Swipe up the Now Playing screen to more easily access Shuffle, Repeat and Up Next

Choose how to sort Playlists, Albums, and Songs in Library

It’s now easier than ever to get to the next story, just swipe left or tap Next Story while reading

Other improvements and fixes

Fixes an issue that prevented some Visual Voicemail from completing playback

Fixes an issue that could cause Safari to quit unexpectedly after marking an item as read in Reading List.