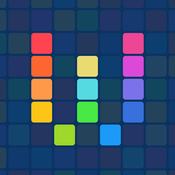 Workflow is an app that lets you string together steps or actions you may perform on your iOS device into a single tap. The steps allow you to manage your media, share content, create and send notes, tweets and more. The app is now an Apple product.

There are 3 basic concepts for the app. Creating, running and managing workflows.

A workflow is a series of actions that accomplish a task.

The app allows you to organize the actions and tap once to begin them with each step like a falling domino that leads to the next until the task is complete.

A single action could be Get Latest Photo, Edit Image or Post on Facebook. If you combine the three, you can tap once and perform all three together to get an image, crop it and then post on Facebook.

You can run a workflow from within the app or from outside the app by using Spotlight, the Today Widget, your Apple Watch and more.

Each workflow is represented by a button like icon.

You can arrange or rearrange them similar to your home screen. You can even choose to have workflows appear in the widget.

You can learn about more advanced steps, like using variables, choosing from a list or menu in the advanced workflow documentation.

The “documentation” for Workflow can be found here.

A YouTube video posted by AppChasers walks through the process in about 12 minutes.

The app had a bunch of updates recently that include: